In the web app, when user adds a new password, there is no ability to generate a new password (screenshot below). Therefore, if a user wants to create a login-password in another browser or application, they must add the new entry, then generate the password in a separate step, copy it, then open the new login and paste the password there. Could you add a generate password option to the "Add password" window? 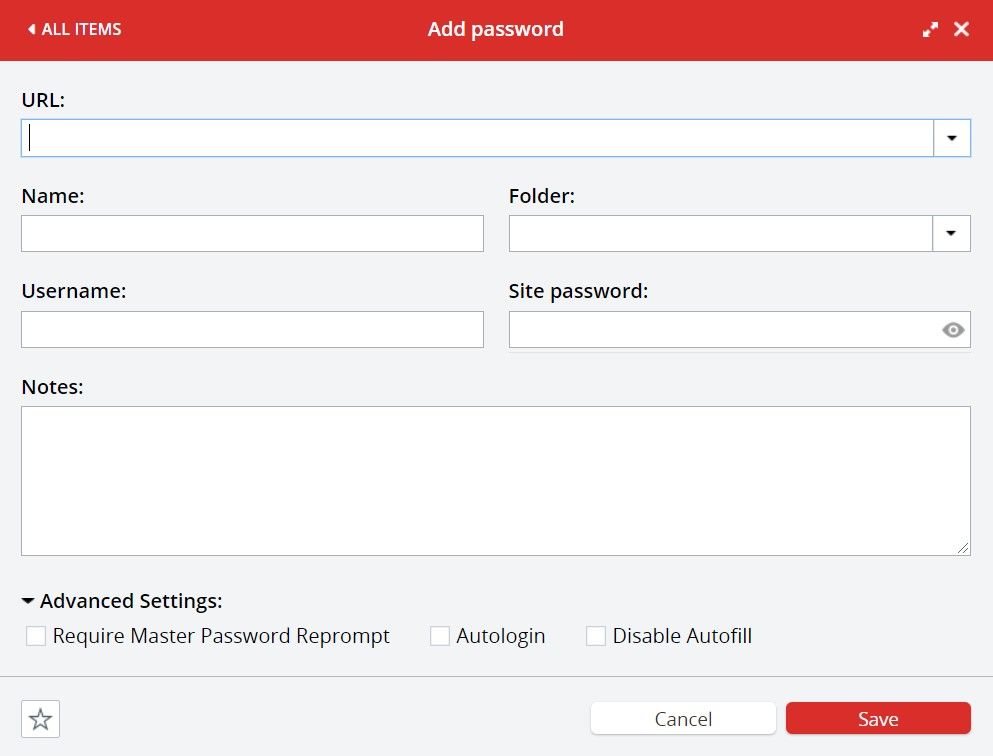 This gap has never made sense to me either. It is unfathomable to me that it is not there .

But actually why would you need to generate a new password at this step?

You use the add a new entry if you already have a password to save.

If you not have one, you can go the web site, register there, and if you are using the plugin/extension of the web browser, it will prompt you to automatically add the new website with the new password. (if you do not have the extension you can add the new item in another tab of the browser while you are doing the registration process or doing it just after the registration has been completed).

One drawback of putting a generate a password in the windows you show is that an user could think that he/she should use it instead of filling with the already existent password.

And a more serious drawback is that you may risk to get out of synchronization between the password in the vault and the one in the website.

@Andrea-F, a user would need this to save a new credential that they will use in a different browser or application.

I just realised that there is not a straightforward way to generate a password from the web page of your vault.

After some research I find a not so easy one. You have to press Advance Options (even it is not about an option) and then Generate secure password.

but strangely enough I can not find a page that direct me to this to useful page (I just found it via a Google search). Even the  help page about  Generate Secure Passwords only tell you about how to do that with the browser extension.

@Andrea-F Appreciate your reply. If you agree this would be a useful feature, please give this thread a thumb up.

I raised this in a support ticket back in 2020 and was given a lame excuse about the extension having the ability to generate a secure password - totally missing the point about trying to create a new password in the vault.

I can occasionally right-click on the password field in the to generate a new password with the contextual menu, but it is hit-and miss. Again, the support agent in 2020 gave some nonsensical excuse.

Exiting the new entry and generating a password from Advanced Option is at least a repeatable workaround, but annoying.

The iOS mobile app started offering new passwords within the past year or so, so clearly this is a recognized need.

To @Andrea-F's question about why someone would want to do this, in addition to the answers already provided, as a long-time user of LastPass I used to run into problems with LastPass not automatically saving new sites. Maybe I should try again and trust LastPass, but I used have a problem with LastPass either not prompting to save a new site or somehow getting the password wrong. So I got into the habit of creating the password in the vault the declining LastPass' ask to save the new password when I complete the new site's web form.

This is absolutely needed.  I come across web sites with irritating frequency that Lastpass doesn't handle correctly.  I expect they have non-standard field names as one problem.  When I encounter ones that promise to be difficult, I pre-generate and add a password to the vault then paste it into the password field.  If I instead generate it in the app, I may encounter times it doesn't realize a password has been entered.  Or the clipboard clears and I end up having to do a password reset right away.  This feature is ESSENTIAL to make up for times when the integration doesn't fire right.  On days this hits, I'm ready to shave 3 points off of my review.