I was hosting a GoToMeeting this afternoon, another user was presenting and their screen sharing stopped working mid meeting.  This has happened twice on 2 different dates with 2 different presenters.  Each presenter represents the same client.  The sessions were recorded, and when I review the recording the users screen was still showing in the recording.  To resolve with the first meeting, the presenter logged back into the meeting as a different attendee, and I passed presenter rights to their new login.  Today to resolve I temporarily shared my screen, then passed presenter rights back to the client.  Screen sharing started working  again after presenter rights were given again, but failed again afterward.

I was connected to audio through my computer, which continued without fail the entire time of the screen - sharing issue, so I don't think this is due to an internet connection.
I have had dozens of meeting before with similar set ups, this issue occurred only once or twice in the past.

These meetings have occurred using an Online Meeting room, here is the meeting link:
(Removed GlennD)

As this is a public forum I have removed the meeting link you posted. Can you please provide some more details about what happened?

Glenn is a member of the GoTo Community Care Team.

Please see my response to details questions below in red:

What was seen on both sides when this happened?  On the presenters side, no changes occurred that they noted.  Each of the two was unaware when they were each presenting that screensharing had stopped.  On the viewers side, a new screen appeared.  I've emailed a reply that includes an image of the screen that appeared for attendees other than the view when screen sharing stopped.

Were the presenters unable to open the screen share menu and start sharing again?  Since their screen did not change, they did not see an option to share their screen.

If you would like to know which browser was used, he was using Chrome.

@GlennD  I'm not sure if you saw my previous response to this thread.  I also attempted to email this information as a reply to my notification, but received a message that it was undeliverable.

Here is the image that I referred to in the previous comment above: 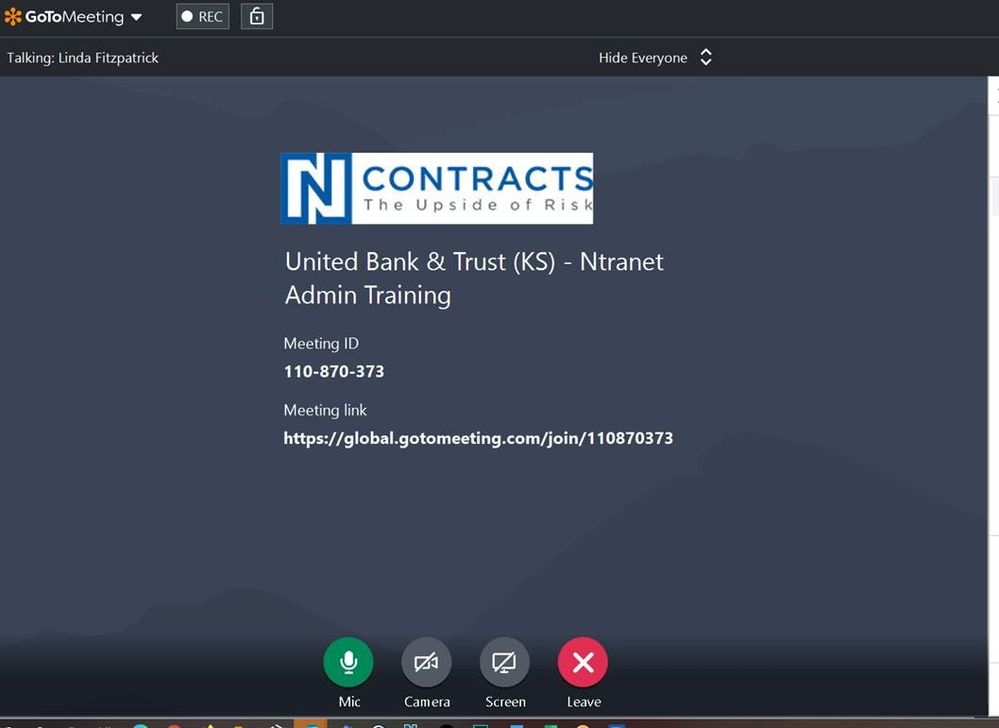