Turn on suggestions
Auto-suggest helps you quickly narrow down your search results by suggesting possible matches as you type.
Showing results for
Search instead for
Did you mean:
Getting started | Community guidelines

Use Smart Notes In Session (New GoToMeeting Only)

Note: Scheduling organizers must have online recording and Transcriptions enabled to use this feature. 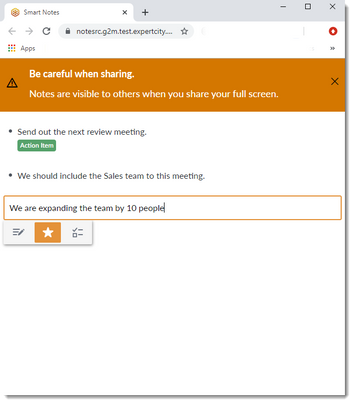 Updates to Recording (New GoToMeeting Only)

Ability to Call Others to Join the Meeting (New GoToMeeting)