Probably a known issue but has been there for a while. Occurs at least in Win10 with Edge (chromium) and Chrome browsers and on different computers with different screen resolutions.

Menu items move when you hover the mouse on them as a vertical scrollbar appears (for no reason). This causes a lot of annoying miss clicks and well, moving buttons in general are not that wanted UX feature I'd think.

Re: Copy button glitch when hovering over item in Chrome extension UI

Our development team is aware of this bug in the LastPass extension window for Chrome and are working to resolve this issue as soon as possible. Once I have more news or an update to share I will update this thread.

Was your question answered? Please mark it as an Accepted Solution.
Was a post helpful or informative? Give it a Kudos!

When opening the LastPass extension in Chrome, I keep experiencing issues with one of the following:

I made a gif showing the issue where I am trying to click, but it is not responding. This can be seen here

Re: Extension issues with Chrome

Could you try uninstalling the LastPass extension, then reinstalling from here to see if these issues are still occurring? https://lastpass.com/download

Was your question answered? Please mark it as an Accepted Solution.
Was a post helpful or informative? Give it a Kudos!
0 Kudos
Reply
Share

I really don't know if I can describe this well in words, so the below link will take you to a screen capture of my desktop doing the deed.  I apologize for 'singing' at the end my friend didn't realize I was recording, and I'm not sure how to edit the video to cut it out.

The problem I'm having is with several sites causing the extension to generate a scrollbar on the right-hand side. I'm assuming that this is because the 'Fill', 'Copy', and 'Edit' parts that show up in red font are slightly larger thus requiring the scroll bar to fit into the display area. As a result of this font it shifts the buttons slightly to the left when you mouse over them. As the buttons move to the left, it takes your mouse pointer off the button, and the additional text (Fill, Copy, Edit) disappears which then lets the buttons shift slightly to the right back where they were. The friend singing also checked his LastPass and it does the same for him, but on a much harder difficulty to get it placed. The major difference between our system displays are that he runs in 4K resolution, as opposed to my 1920x1080.

The only thing I haven't been able to figure out is why the live.com site doesn't do it. I thought it might have to do with the LastPass 'name' length for the site, but for "Nebula" for example I tried shortening it to just "Neb", well under the character count of "live.com" and still had the same issue. I've tried uninstalling the extension and that didn't seem to help either. Also, while the video above is using Google Chrome (Version 87.0.4280.88), I've confirmed the same experience on Microsoft Edge (Version 87.0.664.57).

This isn't a deal breaker by any means, as in the video you can see coming at the buttons from the left as opposed to the right 'resolves' the issue as the button just get push further under your mouse pointer. 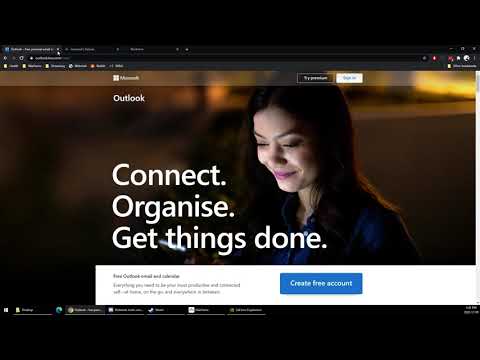 It may be another extension that is interfering with the LP extension. Is it possible to disable them one by one to see?
0 Kudos
Reply
Share

IE only had this one extension installed so nothing else to disable there. I did disable the other two extensions on Chrome though, with no luck. (I disabled only, not removed but it was enough to make them disappear from the 'real estate' on the browser.)

Could you try uninstalling the LastPass extension, then reinstalling from here to see if it resolves the issue? https://lastpass.com/download

If you're still encountering this issue after a fresh install, so that our team can gather more details and hopefully resolve the issue, could you submit a bug report following the steps outlined on this page, and also be sure to include a link to your screen recording video as well? https://support.logmeininc.com/lastpass/help/how-do-i-report-a-bug-to-lastpass

Was your question answered? Please mark it as an Accepted Solution.
Was a post helpful or informative? Give it a Kudos!
0 Kudos
Reply
Share

Exactly the same issue in Chrome with LastPass extension version 4.62.0.   It has to do with the scroll bar popping up on the right side of the dropdown, which happens even if you don't have any other LastPass items to scroll down to.  This pushes the content over to the left and then it just jiggles back and forth.  Happens for some LastPass entries and not others.

Re: Extension issues with Chrome

I have tried uninstalling the extension in both Edge and Chrome and I am still getting the same effect on hover. Is there a solution to this?