Turn on suggestions
Auto-suggest helps you quickly narrow down your search results by suggesting possible matches as you type.
Showing results for
Search instead for
Did you mean:
Getting started | Community guidelines

Welcome to the first GoTo Resolve community product update. Going forward, we plan to provide a monthly update of all the great features that have been released and plan to be released in a given month’s time frame. Of course, you can always keep a real-time pulse on releases with our release notes.

We don’t want this to be a one-way post, so please share feedback on the released and planned features, as well as any suggestions for future enhancements.  Now on to the update!

This GoTo Resolve app brings conversational ticketing to Slack, helping streamline the support experience. End-users and agents can both use the GoTo Resolve app in Slack to provide and receive ticket-based support.

The following features are available in Slack: 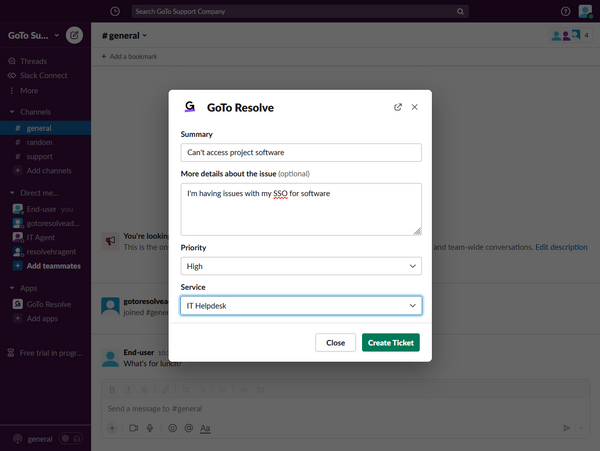 We’ve released two updates for businesses supporting Mac devices to help bring parity to the way your support different devices in your ecosystem. 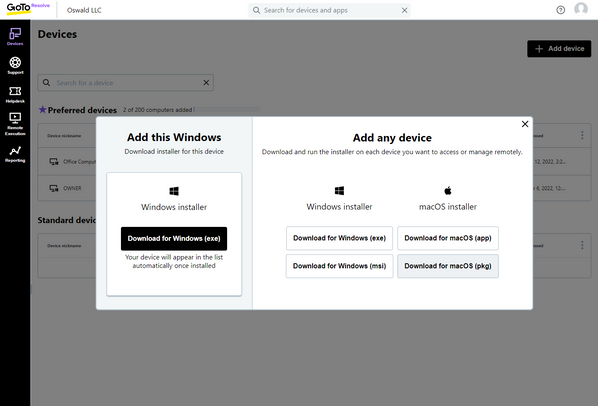 Did you know GoTo Resolve had an agent app for iOS and Android? And it just got a major update to make support “when you’re away from your desk but that urgent request pops up” even easier. With this update, you can now access and manage deployed devices, and see reporting. 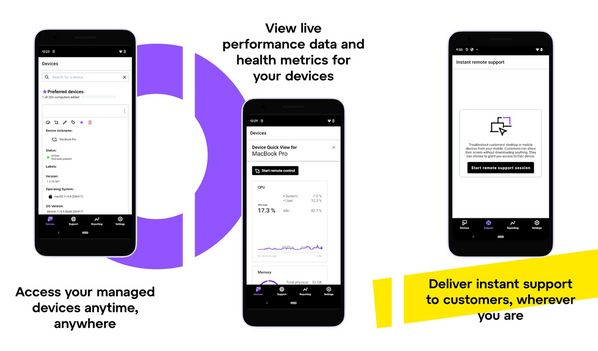 We’ve received some great feedback on Helpdesk and appreciate your patience as we build out more Helpdesk functionality overall. This past week we’ve rolled out a few much-requested features, these include:

That wraps up SOME of the release highlights from the past few weeks. There were many other enhancements released as well, so make sure to check out our release notes.

With those features in our rearview mirror, let me give you a quick update on some of the bigger items planned for the weeks ahead.

Hopefully, you find this update and ongoing updates like this helpful. Please share your thoughts and feedback on what’s been released, what’s coming, and what you’d like to see!